~ THE PICTURE SAYS IT ALL ~
AUDIO available in stores, now! 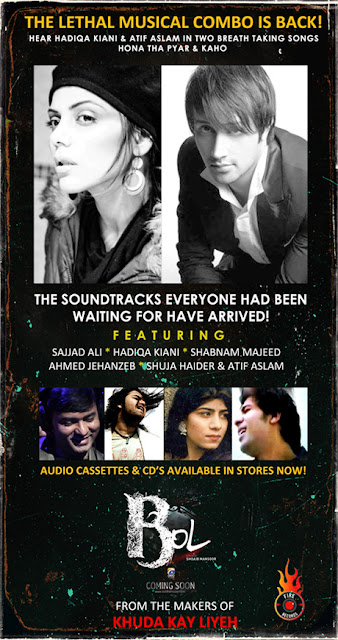 It was the song called, "aas pass" written by Khawar Kiani (mother of Hadiqa Kiani) featuring mega star Atif Aslam & the queen of pop music, Hadiqa Kiani. The song was recorded for a HUM tv drama serial & won instant success due to its unique combination, simple heart wrenching lyrics & Hadiqa/Atif's soul gripping vocals.
The long awaited lethal combo of Hadiqa Kiani & Atif Aslam is back - with a BANG! First we heard "hona tha pyar" and now Fire Records has recently launched another video of a heart winning song from Shoaib Mansoor's upcoming movie "BOL" featuring Atif Aslam & Hadiqa Kiani. We last saw them perform in a mellow soundtrack "hona tha pyar" and just when we couldn't get enough of it, here comes another mega hit "Kaho". Kaho is an upbeat pop song sung beautifully by Atif Aslam & hadiqa Kiani. No doubt, this duo sounds like a perfect combination and people can't get enough of their duets. Thanks to Shoaib Mansoor for bringing these two musicians together on a huge platform.
However, will Hadiqa launch a music video for "Dil Jania" ?
Stay Updated with the blog! 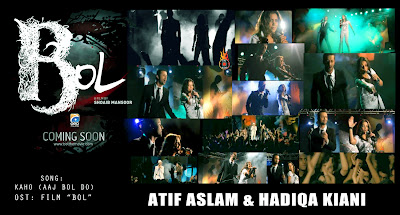 Apart from having major contribution in the music industry & the world of fashion style & glamor, the diva takes her humanitarian work serious. She is highly patriotic and a complete philanthropist. Not many people know much about this musician being highly active in helping the victims of flood that struck our country & left hundreds and hundreds of people homeless. As mentioned earlier in one of Hadiqa's interview - she was highly devastated by the calamity that struck the country & coincidentally a few days later it was the pop diva's birthday which she blatantly refused to celebrate as she was saddened by the whole disaster. It has been a non stop mission to support the victims of flood since, the last year 2010. Rock, rubble or blockage - heat, cold or storm .... this woman has had a plan; 'a plan to reconstruct what has been washed away by the natural catastrophe.
The brave lady travelled almost every where in Pakistan to personally meet the families who have been affected by the flood. If its about going to visit an affected area, meeting army officials and gaining first hand knowledge of the disaster, or going to a university to encourage people to donate and motivate them or appearing on television to create awareness of the catastrophe - Hadiqa has always been on her toes! She has personally built almost 100 homes for the victims of flood through her personal flood relief efforts. Below is just a little montage of few of the places she has been. The team of HK salutes her stamina, courage and restlessness to help the victims of flood. She is truly an inspiration for all of us! God bless. 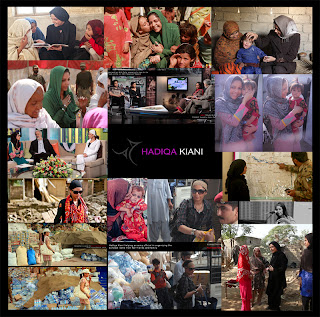 The highly anticipated film by Shoaib Mansoor, titled "BOL" is set to release worldwide on 25th June, 2011. This is going to be Atif Aslam's debut film. Recently, tips india & fire records Pakistan officially released the audio songs of the movie which features many re known singers, such as Atif aslam himself, Sajjad Ali, Ahmed Jehanzeb & none other than the queen of pop herself. Hadiqa has given her voice to three beautiful songs in the film; "Hona Tha Pyar" (sung by Atif Aslam & Hadiqa Kiani), Kaho (also features Atif Aslam & Hadiqa Kiani) and last but not the least "Dil Jania" (which is a solo track by Hadiqa Kiani) in the film. Recently the video for "Hona Tha Pyar" was released. 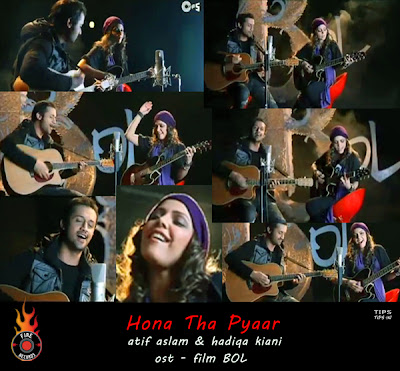 Link: https://www.youtube.com/watch?v=IW7xwSVj7gw
Audio Cassettes & CD's available now.
at 6:55 AM Links to this post