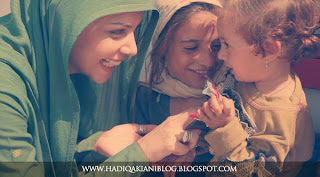 Famous women and men from throughout the world including British actress Helen Mirren and Pakistani singer and songwriter Hadiqa Kiani are backing the new Green Scarves for Solidarity campaign, which calls on world leaders to keep their promises to Afghan women 10 years since the start of military intervention in Afghanistan.

The campaign calls on people around the world to wear a green scarf to show their support for Afghan women. Green scarves are the symbol of the Afghan Women’s Network, a leading women’s organization in Afghanistan, whose members wear green scarves as a show of strength and unity.
Other famous supporters include German-born television presenter Kristiane Backer, Iranian film directors Samira, Hana, Mohsen and Marziyeh Makhmalbaf, Spain’s Miriam Gonzalez Durantez, and Nashwa Al Ruwaini, who has been dubbed the “Oprah of the Middle East.”
The protection of women’s rights was promoted as a positive outcome of the international intervention which began on 7 October 2001, but the campaign says that there are mounting fears that the gains women have made are in danger of slipping away. There are now 2.7 million girls in school and women are back at work. But the number of women in the civil service has dropped from 31 percent in 2006 to 18.5 percent in 2010 and more than 87 percent of Afghan women have experienced some form of violence.
The Green Scarves campaign calls on world leaders to renew their promises to Afghan women at December’s Bonn Conference, which will set the course for Afghanistan beyond the withdrawal of international troops by the end of 2014. The campaign calls on world leaders to pledge that any political settlement with the Taliban and other armed groups will explicitly guarantee women’s rights; to ensure that women play an active role in any peace negotiations, and to renew efforts to improve women’s access to basic services, such as health and education.
READ MORE: http://www.oxfam.org/en/pressroom/pressrelease/2011-10-06/global-celebrities-wear-green-scarves-solidarity-afghan-women
at 1:32 AM